To begin my final post I would like to say that this was by far the most enjoyable class I had this semester. The small class size allowed me to get the extra help and support right from my professor. The projects that we have completed each week have expanded my knowledge in technology massively. Not only did I learn how to use multiple different programs: Flourish, Omeka, Audacity, but I also learned different forms of data/text analysis. Even though  I had extensive prior knowledge from highschool regarding the history of slavery in the United States, I was still able to grasp a copious amount of information regarding many different cruel truths of slavery.

For each project it enticed something new and challenging. However, the one that I enjoyed the most was during week six when we were learning about geospatial analysis and mapping. For blog post six, we were instructed to make a data map using a website called Flourish. Flourish is a website that allows you to turn data into charts, maps, and many other different visualizations. After we completed a map with the supplied census data, we were also instructed to write a blog post about what we were trying to depict in our map, and how it helps us understand the history of slavery in the United States. For my map, I wanted to depict where in the United States in the year 1790 there were the most slaveholding families and where there were non-slaveholding families. I wanted to explore this because we had previously read about how parts of the United States were slowly beginning efforts to abolish slavery. For example, Massachusetts had released their new and improved state constitution in 1781; this new doctrine exhibited a crucial loophole. It was this loophole that allowed slaves to take legal action against their enslavers and potentially sue for their freedom.  I thought it would be interesting to see how other slave populations fluctuate by the year 1790. Next, I got on to Flourish and started uploading my data census from 1790 that was supplied to us. After I had chosen my area of research, I realized that the year 1790 was the first federal census ever in the United States.  I had to take into account the technology of this time, by this I mean that there were no cars, no postal service, or way of documenting whether or not every single citizen filled out the census. Overall,  I had to take into account that this data was not going to be 100% accurate. Next, I imported the data into Flourish and it automatically sorted my data into an excel-like page that allowed me to pick what columns I wanted to include in my data map. I also imported a map of the United States to give a guide for where I needed my data presented in specific states.  Flourish also offers many other different forms of customization of the map like color, style, theme, font, and even animation. My favorite tool was the animation tool; it allowed me to show both of my maps, non-slave holding families versus slaveholding families, by a simple button that morphed from one to the other. Which is exemplified in a visual at the end of my final blog post. (figure. 1) After I had chosen which columns of data I wanted to be presented in my map, along with the colors and other little details, it created a map of the population of slaveholding families in each state in 1790 along with non-slaveholding families. After the map is created because it is interactive it allows any viewers to hover over each particular area in each State and give the exact population of families who hold slaves and families that do not. It also shades each area in a dark to light shade depending upon the particular population. After I completed my data map, I began to study my findings. it was shocking to see that there was a significantly larger population of non-slaveholding families in contrast to slaveholding families. Because of the animation tool I was able to flip back and forth easily between my maps to collect the information I needed. I would most definitely use this program again for future projects dealing with data mapping and other text analysis because Flourish makes researching easy and fun. Some critiques I would add to this project would be choosing a different research question, I would choose a later decade so that I could conduct more accurate research, and better answer my question.

As I mentioned in the beginning of my final blog I thoroughly enjoyed “Doing Digital History”, and I genuinely believe that is because of my professor. She gave me extra attention when I needed it, was extremely patient with me when I asked for extensions, and allowed me to learn in a very enjoyable and hands-on manner. I think my portfolio slowly progressed throughout the semester because each week I learned a new tool that would help me on future projects. For example, I did not know how to unzip a zipped file until we had to do so for classwork. Another extremely helpful tool I learned was the basics of audacity. I had a small amount of prior knowledge for how to use audacity, but we had a guest speaker that went through step by step on how to record, edit, and export tracks in audacity. The knowledge I gained from this activity will greatly help me, especially this summer because I assist my high school teacher in all the video and sound edits made in her Yearbook class. I am a freshman marketing major and I was not sure about enrolling in this class, but I am beyond glad that I did. I look forward to expanding my technological skills and will be taking advantage of all the awesome customization websites I learned about in this class as I continue my post-secondary education. Thank you! 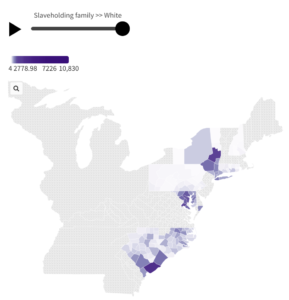