Blog 8 In the Blog, I choose to use an newspaper in Memphis daily appeals. August 07,1860 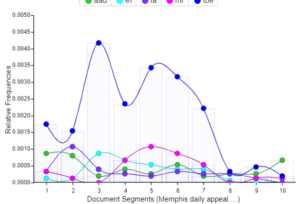 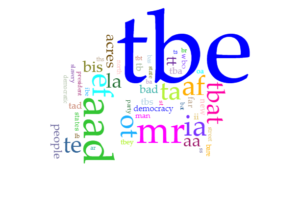 At the very beginning of the newspaper, there is a large national democratic ticket title. That is the ticket for president and vice president. I think their opponent is Lincoln. One year later, Lincoln became the president and the civil war started. In their worlds below. They had the text similar with Trump “Make the American great again!” They, Democratic lose the war several years later and people think they are wrong and they lose the war. However, what will happened if they won. Although the possibility is small but I can imagine that it would be the same as Nazi won the second world war.

The next column is about crops. The newspaper I chose was posted in Alabama. This is a traditional state with a lot of farming land. Cotton, beans, Peanuts… In this passage, It did not only mention the relationship between the south and the English economist. They produce cotton and sell them to the England. For these English economist, that would be a perfect place to get nice cotton with low price.

The next part, the newspaper talk about the club of their company. It said their newspaper are popular in Middle and east part of Tennessee. There were many things interesting that recorded in the newspaper. Somebody offered an award, Selling lands, tobacco….I think it was different from a newspaper today. It was more likely a magazine with advertisement on it. It would be a good choice to have a little cup of coffee and read this in an comfortable afternoon. Enjoy the sunshine nobody disturb you. However, that would be difficult at that time.