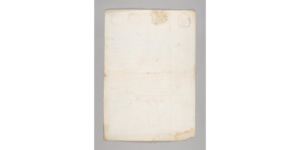 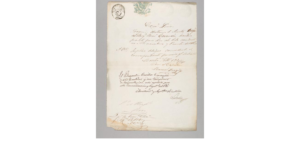 In Blog 7, I choose to use two Pictures about slavery.

Title: Life is a circle

Description: This paper record a Brazilian slave ship, they started shipping from Brazil and got Africa, met Spanish and Portuguese. Finally, they took seven back to South America.

Slavery is still abolished in the modern world. What’s wrong with slavery? In fact, the fault of slavery lies in its violation of a basic tenet of modern civilization – human rights. This is the biggest mistake of slavery – it violates the basic beliefs of modern civilization. In fact, this belief was deeply rooted in the hearts of the people before the abolition of slavery in the United States. Therefore, what is interesting is that at that time, people who supported slavery did not argue that slavery was right in terms of value, because it was an irrefutable belief, but turned to the argument of fact that slaves were not human beings.

In the movie “Django Unchained”. The villain slave owner is played by Leonardo and in movie, when Leonardo learned that the two men who came to buy slaves were actually cheating, he fell out with them on the spot and forced them to pay a high price to buy Django’s wife. He then took out the skull of a black slave and started “science popularization” in public. He said: black people are more obedient because the area of their heads responsible for “obedience” is larger than that of other races. Therefore, the servility of black people is engraved in their bones. Black people are born slaves.

Just like what we have in the picture, these people, alive people were trading like cargo and they should always follow what their owner said. What a terrible thing it is! I could believe what will happened if I lived at that situation.

Locke thinks: people can exchange everything according to the spirit of the contract, when you are willing to, but there are some basic things that can’t be exchanged, including human freedom. Because it’s a gift, it’s not your own, it’s given to you by God, so you can’t sell it without authorization, even if you’re a voluntary slave. I’m sorry, we have to On behalf of God, you are forced to be free.